“It’s nice to be part of something important. It makes me feel good to know that I can play a part in helping people.” 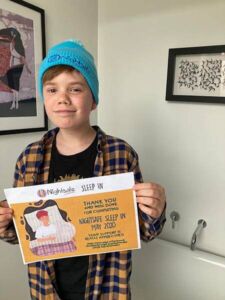 Harry Lee, 13, was approached as a Youth Ambassador by Nightsafe after giving a compelling speech about the charity at the GRAB event in Clitheroe at the start of 2020.

GRAB is a talent competition between four local high schools which helps to raise money for nominated charities, including Nightsafe.

Jan Larkin, Nightsafe CEO, was so moved by Harry’s speech that she asked Harry if he would be the first Nightsafe young ambassador.

Harry was delighted to be asked as he knows how good the work they do. In fact, Harry’s grandma was a volunteer trustee of Nightsafe so he was already aware of their fantastic work and how much they need funding.

As Youth Ambassador, Harry’s role is to raise awareness of the important work carried out by the charity and their events. A lot of people Harry’s age have never heard of Nightsafe – so one of his roles is to promote the charity to people his age.

He has taken part in several ‘sleep ins’ raising money for Nightsafe, highlighting his participation on social media to encourage other young people to take part. He also encouraged his scout group to join the sleep in as one of their group activities during lock down. So far, he has slept in the bath and under his bed!

He said: “It’s nice to be part of something important. It makes me feel good to know that I can play a part in helping people.” 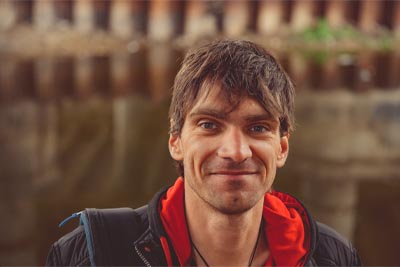 There are a number of ways that you can help people like Zac.