“Nightsafe is a charity that cares about its volunteers.”

German-born Aaron Singler, 19, said he would recommend volunteering for the homeless charity after completing a six-month placement at Nightsafe, working between the Witton Project and the Night Shelter during his gap year.

The selfless teen was on duty at the Night Shelter on New Year’s Eve. It may have been the first year he hadn’t celebrated with his friends back in Germany, but he said he didn’t miss out.

“One of the best memories of my time at Nightsafe is New Year’s Eve. We made chocolate fondue and everybody was in a good mood. I sat and listening to music with the residents of the housing projects, played cards and chatted.” 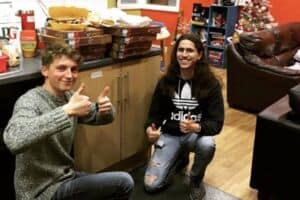 Aaron admitted that before he volunteered at Nightsafe, he misjudged homeless people. During his placement he got to know the young people and hear about the trauma they had faced and the challenged they had had to deal with.

“My duties were to create a safe and friendly environment so the young people could relax and feel at home. This included watching movies together, playing games and helping them with cooking or doing their laundry. Sometimes we just chatted about their day, football, or I’s talk about myself and Germany.

Aaron chose Nightsafe after being contacted by Volunteering Matters and thought it would be a great way to improve his English.

He said: “When I took a closer look at the website and watched their YouTube video, I was convinced pretty quickly that being a volunteer for Nightsafe was what I wanted to do for the next few months. All of the staff members, including the volunteers seemed so nice and I felt very comfortable taking this big step in my life.”

“I have so many great memories of my time with them. I would recommend that everybody to do a volunteering year with Nightsafe. They’re a lovely team who care about their volunteers and residents.”

Without the help of our volunteers, we wouldn’t be able to do what we do. Thank you to all our #NightsafeHeroes. 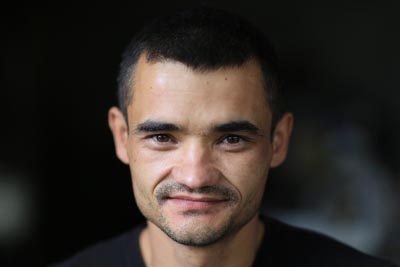 There are a number of ways that you can help people like Jack.