Molly, 19, was referred to Nightsafe for support with life skills.

I had no drug or alcohol issues but had received minimal education due to issues at home which impacted my ability to attend school.

I’m an intelligent young woman who was desperate to secure a job. After being referred to Breathing Space Lancashire, it became clear that I had no stable housing in place, and it transpired that I had been sofa surfing since I was 14 due to tensions at home.

I wanted to find accommodation close to my family home, as I cared for various members of my family and helped them on an everyday basis. One of my siblings had a severe disability, and my mother had a brain injury as the result of suffering a fall several years ago. My mother’s thought process, capacity to understand things fully and her memory had been severely affected by her fall, which meant she needed daily assistance.

My father had an alcohol problem – which often caused him to become violent, usually when he was under the influence of alcohol. I was often the target of his violence, and sometimes retaliated. After the police were called out to an incident at my home, I was referred to Nightsafe.

My Initial Assessment With Nightsafe

During my initial assessment, I was emotional. I explained that I was tired of my way of living and didn’t want my relationship with my family to suffer any further. I loved my family a great deal but felt forced to sofa surf to protect the relationship I had with my family, and to get a good night’s sleep.

I had no bed in my family home, despite the fact that I financially supported them and acted as a carer for both my mother and sister. I wanted to find somewhere to live, and to find meaningful employment.

I had been dismissed from several jobs in the past, as I had struggled with both travelling the long distances to my job and also to balance my job and caring responsibilities.

I did have a scooter which I used to travel to and from work, however I sold my scooter to give the money to my parents, which they then put towards a deposit for a house.

Despite financially contributing to their deposit, I was not given a bed in their home, and was forced to continue to sofa surf. I didn’t think that I was entitled to any welfare support, and with no income or fixed address, it became difficult for my mum to look after herself. I struggled to eat healthily and found it difficult to keep track of appointments.

I initially was referred to the night shelter in Blackburn, where they provided me with a room in the emergency night shelter whilst I waited for accommodation at Cornfield Cliffe in Darwen. 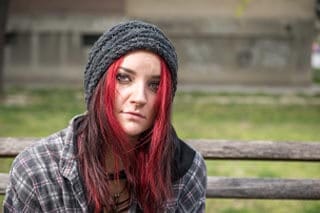 I was supported in my application for Universal Credit and had a support worker to help my search for work and accompany me to job centre appointments. Support workers also liaised with my family to help them with applications for benefits and referred them to the Transforming Lives (what’s this Pam) panel to access additional support for my mother and sibling, to take the pressure off me.

I was able to move into supported accommodation for young people in Darwen, where I had a room of my own and was able to receive one-to-one support to improve my emotional well being and self-esteem.

Having stable accommodation enabled me to actively look for employment and improve my self care skills by being able to cook for myself and regularly access washing facilities.

I didn’t have to worry about finding a place to sleep anymore, and felt much happier, and able to look forward to the future.

** Images shown are not of actual person to protect their identity.

Our Houses That Helped

There are a number of ways that you can help people like Molly.

Can you relate to Molly’s Story ?

Everyone has different reasons for contacting Nightsafe. Whatever yours is, we will always treat you in the strictest of confidence.

Reach Out To Us